Are you a Pagan with views about science and religion? Would you be interested in completing my research questionnaire, "Pagans and science"? Thanks!
Posted by Yewtree at 9:56 AM No comments:

more on Pagans and science

Various websites and blogs talking about issues relating to Paganism and science:

Posted by Yewtree at 1:54 PM No comments:

Science and Medieval Christianity by Richard Carrier (with lots of comments on classical pagan science). A fascinating blogpost, but I must take issue with the author's definition of religion:

'To be clear, by "religion" here (since I use that word in a different sense in other contexts) I mean any belief system that places faith above evidence and reason, accepting evidence and reason only when they do not conflict with an accepted set of faith-claims. Hence those two options for a religious person faced with scientific facts that contradict her faith: she can change her faith (and thus place science, and hence evidence, first in authority when choosing what to believe) or oppose science. Religion always produces the latter sort of person, even when it also produces the former, and that's what's wrong with it.'

That's kind of a circular argument. The word religion means "reconnection" (from religare). What he is referring to here is a creedal religion. Both ancient and modern Paganisms were and are non-creedal (i.e. there is no standard set of beliefs to which Pagans must adhere). Many Pagans employ something like the scientific method in trying to understand our spiritual experiences - i.e. we have a working hypothesis to interpret them, test it against others' experiences and hypotheses, and so on.

Similarly, many Buddhists (including the Dalai Lama) place reason and evidence above faith. For example, the Dalai Lama was once asked what he would do if it was scientifically proved that reincarnation doesn't happen; he said that he would advise his followers to stop believing in it.

Similarly, Unitarians have three main values: freedom, reason, and tolerance, and do not impose a creed (and many of them are atheists, or at least non-theists).

The difference is, that these people feel the need to follow a spiritual path of some kind, which is focussed on values and not beliefs. Also many of us would admit mystical feelings and experiences as quasi-evidence (not the same as observable material evidence, but enough to base a working hypothesis on).

However, there's loads of interesting points about science in ancient pagan times. Some scientists were persecuted, but not everywhere:

Anaxagoras was prosecuted by the Athenians for blasphemy simply for theorizing the sun is a hot stone. Other pagans tried to launch a blasphemy prosecution against Aristarchus when he claimed the earth revolves around the sun. Lucian had a contract put out on his head for claiming the miracles of a certain cult had natural explanations in ordinary fraud. Likewise, Neoplatonism sometimes resembled medieval Christianity in its disinterest in empirical studies and obsession with mystical approaches to science, often through armchair reasoning and "inspired intuition." But there was one enormous difference: science-hating pagans never had the institutional power and clout to enforce their views on the general society (all Anaxagoras and Aristarchus had to do to avoid their influence was leave town), but the Christians achieved and maintained precisely that power for many centuries, and so pervasively there was no way to escape their influence. What they did with that power was sufficiently scary that we should never want that to happen again. 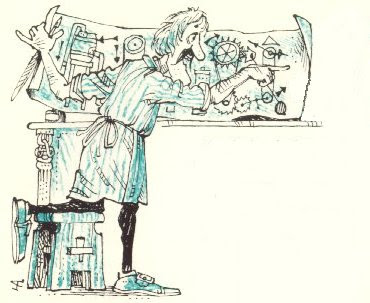 There is of course another reason for disliking science - the potential for the invention of firecake and the like (nuclear weapons, etc.).

However, the benefits of science (medicine, astronomy, etc.) probably outweigh its disadvantages.

The reason that any pagans who hated science couldn't gain any leverage was because paganism (like Hinduism, Buddhism, Unitarianism, Judaism, and even Islam) accommodated and accommodates many different schools of thought:

freedom of thought not only existed, but was widely practiced and embraced, across the whole of the Roman world before Christianity came to power. Although things did start to roll toward fascism during the chaos of the 3rd century ... before then the vast diversity of philosophical and scientific sects and schools is evidence enough. Such open diversity could not have been the case had freethought been effectively opposed, and would not have been the case had it not been widely enough encouraged. Political freedom of speech was limited. But science was apolitical. Indeed, the phenomenon of "eclecticism," a widespread independence of thought whereby scientists and philosophers could pick and choose principles and theories from among all sects and schools as they themselves saw fit (rather than aligning themselves with only one) was the dominant intellectual fashion under the Hellenistic Greeks and especially the Romans. This is a fact of the times, a social and intellectual phenomenon that Christianity often attacked and then effectively eliminated.

the greatest aspirations of the pagans [were] their struggling ideals of democracy and human rights, just like their empirical ideals and the scientific spirit they inspired...

the values that you learned to embrace that inspire you to value the pursuit of science came ultimately from pagans, and even though through Christian intermediaries, these were always (as history shows) intermediaries heavily influenced by the pagans who got this ball started. This is as true in democracy (a pagan idea filtered through Christian intellectuals heavily influenced and inspired by the pagan democratic thinkers and pagan democratic ideals) as in science.

And in a discussion about the relative merits of Plato and Augustine:

Plato ... advocated the advancement of science: he insisted on an education in, a deep study of, and actual progress in the mathematical sciences (particularly harmonics and astronomy) and he himself attempted to further work in those fields with his own advice and direct support of scientists in his school.

There's another discussion about astrology, as a Christian apologist asserted that Christians abolished astrology; the author points out that:

Attacks on astrology, often very sophisticated and bold, were already a staple in pagan antiquity.

The author maintains that there's nothing particular about paganism as a religion that actually encourages scientific enquiry. I beg to differ. A belief that the divine is immanent in the world (whether pantheism, animism, or polytheism) encourages curiosity about this world, and a love for it. Belief in magic encourages a desire to learn about the hidden workings of the world, and hence to science (i.e. chemistry came out of alchemy, physics from cosmology, and astronomy out of astrology). Not having a creed allows freedom of thought and enquiry.

He also asserts that the contribution of Hindus and Muslims to science were relatively minor. Really? Then how come we're using a Hindu numerical system? (0 1 2 3 4 5 6 7 8 9) Hindu mathematics was very advanced - they even had quadratic equations. Whereas the Christians had a superstitious fear of zero. (See The Nothing That Is: A natural history of zero by Robert Kaplan.) The Hindus also had advanced metallurgy. What about algebra (and algorithms, from Al Khwarizmi, the bloke who invented algebra)? And the many other Muslim inventions, in fields as diverse as Agricultural sciences, Applied sciences, Astrology, Astronomy, Chemistry (from al kimia, the black art), Earth sciences, Mathematics, Mechanics, Medicine, Optics, Psychology, Social sciences, and Zoology?

But it's a really good article, and I strongly recommend reading it.
Posted by Yewtree at 11:24 AM 3 comments: