Jason over at the Wild Hunt has a post about a group of British Wiccans who tried to book a Catholic social club.

They didn't know it was a Catholic social club when they tried to book it, and they were completely honest that the booking was for a group of witches (the event was called the Witches' Ball). The man who initially took the booking said that the social club was a business and only tenuously attached to the Catholic Church. He was then overruled by the diocesan authorities.

The comments on the article in the Stockport Express explain what went on:

When I called to book the venue which had been recommended and which I had used many times I new it as The Flint Street Social Club, I never knew it was run or attached to the Catholic church and when the Gentleman, who was very nice by the way, answered with Our Lady's I then told him who I was, what we wanted and who were were, totally up front and said that I did not want to compromise them in any way. he assured me that this was a totally separate Buisness venture and that anyone could book the room and then 'do what we want in it' . I would not have continued with the booking had he said any different. I required a room large enough to take in excess of 150 people plus a stage where the nights entertainment Abba Fusion an Abba Tribute Duo could perform in complete safety with all there stage equipment.

The Witch's Ball is a family event with dancing, games etc just like any other party. The difference being that some of us Walk the well worn path of The Old Ways, ordinary people, with ordinary lives.

It is such a shame that all religions cannot accept each others ways as we respect every other religion.

The man who had to also tell me that we couldnt have the room was very apologetic and said embarrased at having to tell me they wouldnt let us have the venue.

I guess they have a right to veto certain events (like arms' dealers conferences, BNP meetings and the like) but it's not as if the Wiccans were planning anything other than a family party at the venue.
I hope that dialogue rather than litigation will be the result of this, but I think, as another commenter points out, it's quite likely that other events at Catholic-owned properties could include Wiccans, Muslims, lesbians, gays and so on. So the line should be drawn at what is illegal (i.e. hate speech) not what the Catholic Church considers immoral. That is the rule that applies to discrimination against LGBT people wanting to book Christian facilities, so the same should apply here.
Is this discrimination? Yes, I think it is.

What's so great about Gerald?

Gerald Gardner (the founder of Wicca) was a Conservative, and whilst he professed a deep reverence for women, the view of women he espoused was that of Jacquetta Hawkes, an archaeologist who popularised the notion of the Great Mother Goddess and promoted the idea of women as goddesses of the domestic hearth.

Doreen Valiente had to argue with him when he tried to get her to step down as High Priestess because she was "too old".

Also, according to Lois Bourne, Gardner was deeply homophobic (though this is perhaps surprising given his interest in alternative practices such as naturism).

Of course, we have to remember that he was a man of his time, and make allowances for some of his attitudes. He also had many fine qualities - wit, charm, originality, etc. And there are several things I am eternally grateful to him for:
If we compare him to other founders of religions, both ancient and modern, we can see that their religions either declined after their deaths or became rigidly dogmatic. So it is much better to have a flawed and human founder whose opinions you can question, than one whose every word is taken as a divine utterance. So he was great - and Wicca is a flexible and adaptable tradition - precisely because he was flawed.
Posted by Yewtree at 8:38 AM 2 comments:

Email ThisBlogThis!Share to TwitterShare to FacebookShare to Pinterest
Labels: Wicca

Religions as languages - the idea that religions are languages, each with their own dialects, discourses, and ability to spread through trade and conquest. This metaphor is a very helpful way to understand religions, though it's not the whole picture. Wittgenstein's concept of language games could also be useful here. Jeff Lilly explores this metaphor in two excellent articles, The Future of Neopaganism in the West, Part I: Prestige and Stigma and The Future of Neopaganism in the West, Part II: Going Organic. Similarly, Andrew J Brown likens religions to irregular verbs:

Christianity is an irregular verb par excellence (as too, of course, are all the other world religions). To speak it and understand its hopeful message you simply have to learn them, live them, always use them in the context of the world in which you find yourself. They are never reducible to a set of simple unifying, rational rules.

Religions as vinegar tasters - there's a Taoist painting of Confucius, Buddha and Lao Tsu tasting vinegar; only Lao Tsu is smiling and enjoying the vinegar for what it is. The vinegar represents life, the world as it is. Another article by Jeff Lilly explores the idea of the vinegar tasters.

[Wicca] complains about your “kablahblah” and rolls her eyes while mumbling about patriarchal power schemes. She can’t stop talking about Roman Catholicism and how wrong she was for you… in fact, she seems pretty obsessed with her sometimes.

Religions as cities - this one's been popular ever since someone dreamed up the heavenly Jerusalem, and Augustine burbled on about the City of God. Nevertheless, not a bad metaphor; different denominations can be different suburbs. As Evelyn Underhill famously said, ‘the Anglican Church may not be the city of God but she is certainly a respectable suburb thereof’. Andrew Brown has a lovely article on religions as cities. If Christianity is a city, is Paganism another city (possibly with more trees), or is it the surrounding countryside?

Religions as receivers of frequencies - it occurred to me the other day that each religion has its own frequency for tuning in to the numinous, and that in between the frequencies, there is static (but perhaps one day a new radio station will appear there). Or perhaps one religion is tuned to light, another is sound, and another is radio waves, and so on -- so each religion is a different type of receiver for detecting the emissions from the numinous.

Religions as colours - each religion has a different set of colours representing the philosophical and cultural ideas within it.

Religions as rhizomes or river systems - Deleuze and Guattari's idea of the spread of ideas as being like the growth of rhizomes could also be useful here. Similarly, religions are discourses, so the idea of discourses as rivers could also be useful. R Diaz-Bone (2006) describes discourses as an 'expression, indeed part of a certain social praxis, that already defines a certain group of possible texts, that express that same praxis, indeed can be accepted as representatives of that same praxis.'

Religions as trees: Tolkien described the Catholic Church as a big tree growing into time with its roots in eternity; and regarded the Protestant Reformation as an attempt to chop down that tree, with all its interesting gnarly bits, and start again with a new sapling. Regardless of what you think of his particular religious politics, it's a great metaphor. Trees grow in a particular place and are nourished by the soil and shaped by the winds that blow, so each religion is shaped by its environment; but all trees are recognisable as trees and have some features in common, by which we can compare them, so this metaphor gives you essence (the quality of treeness) and particularity (type of tree, environmental conditions).
Posted by Yewtree at 10:59 AM 10 comments: 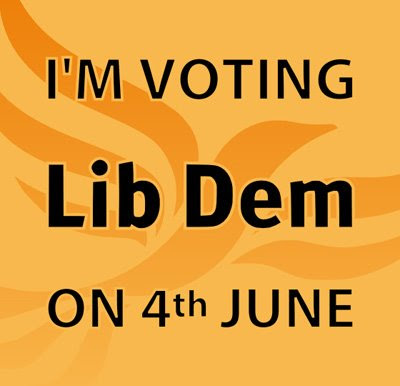 (even though this banner clashes with my blog's colour scheme)
Posted by Yewtree at 12:04 PM 3 comments: